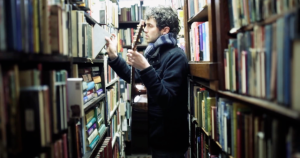 Dan Wilde has been performing his own brand of richly observant folk both in the UK and around the world for the past five years.

And in that time, he’s developed a growing fan-base and a reputation amongst those who know as “a fantastic songwriting talent who without a doubt will deserve and demand your attention” (Eclectically Challenged).

Two albums in, the evidence is clear he’s an extraordinary songsmith, while his ‘stunning’ guitar playing (Maverick Magazine) has led to an endorsement from Fylde guitars.

Previous releases, ’This Is The Place’ (2010) and ‘With Fire in Mind’ (2013), have cemented his reputation and he is currently putting the finishing touches to a third album, ‘Rhythm on the City Wall’, which has been scheduled for release on Wild Sound in April 2016. 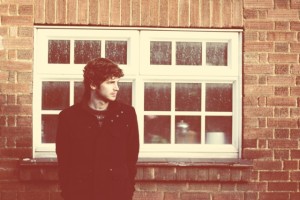 It is his profound lyrics, melded with a unique melodic sensibility, which has captured the attention of Wild Sound, a label growing in stature itself as an indie-folk songwriters’ hub.  Dan’s words have been described as “deeply personal and introspective but engrossing and charismatic” (Folkwords) and they reflect his peripatetic restlessness.

Originally from Blackpool, Dan now lives in Cambridge — but his wanderlust has taken him touring through the USA, Germany, Switzerland, Holland and the Czech Republic. He has recently returned from a six-month stint in Russia, where he recorded large chunks of his forthcoming release.

He is now using a Kickstarter campaign to increase support for and fan participation in his forthcoming album, and Wild Sound is excited to be working alongside him as he prepares to unveil it to the world.

For more information and to receive news about Dan’s forthcoming release, visit: