Since signing to Wild Sound Recordings in 2013, Harry Harris has been making a reputation for himself as one of the UK’s most formidable and unique singer-songwriters on the circuit. A ruthless guitar player with a voice that goes from explosive to intimate.

He writes songs that grab you by the scruff of the neck and refuse to let you go. His influences range from the great American songwriter Warren Zevon to the bar rock vibe of The Hold Steady, to the Scottish folk singer Karine Polwart.

“Songs About Other People” is Harry’s second album, and the follow-up to his self-titled debut “Harry Harris”, recorded when he was only 17 years old and produced by his now label boss, Polly Paulusma. 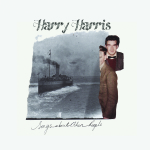 Across the record’s ten self-penned tracks, Harry takes you from the heroic goal-scoring talents of Ronnie Radford who, having knocked Newcastle United out of the FA Cup, calmly went back to his roofing job the next day…….to the love affairs of Hans Christian Anderson — via the cowboy friends of John Wesley Harding — Harry delights in telling us his stories — and interprets them warmly, and quite strongly — always invitingly. Like any good storyteller, Harry is someone that you will want to sit down and listen to.

In the past Harry has been championed by the likes of Tom Robinson, The Telegraph and fellow songwriters including Eric Taylor, Anais Mitchell and John Smith. 2014 also saw him hit the festival circuit for the first time, which included a memorable unplugged set to an enraptured crowd at the beautiful Festival No. 6 in North Wales.

Harry’s second album, ‘Songs About Other People’, is out now on Wild Sound.
Find out more at:
harryharrismusic.com
facebook.com/hharrismusic
twitter.com/CmonHarris