We are very proud to share news with you that Wild Sound artist Harry Harris, whose stunning album ‘Songs About Other People’ was coming out this time last year, has just been awarded the BEST SONG 2015 award by those stellar folks at FATEA.

They are right. Harris is one of this country’s finest young songwriters and the sooner everyone knows that, the better. 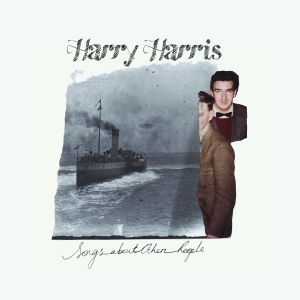 Martin Chilton at The Telegraph gave ‘Songs About Other People’ ***** and continues to wax lyrical about it in year-end roundups of folk music from 2015.

If you haven’t yet given it a listen, you should check it out. It’s simple, raw, acoustic, straight-from-the-heart stuff.

‘Songs About Other People’ is available as a CD or instant digital download, either directly from us at Bandcamp, or from Amazon, iTunes, and all good record stores.