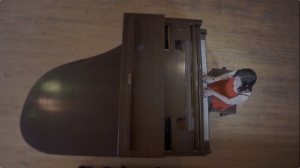 To celebrate the release of her new single London Lights, Maz O’Connor has created and released a beautiful new video in cahoots with her collaborative partner, the producer and folk artist Jim Moray.

London Lights, a traditional English song Maz unearthed whilst completing a BBC Performing Arts Fund Fellowship at Cecil Sharp House in Camden last year, features a vocal performance that ‘carries the sparkle of a falling waterfall’ (Q magazine) as well as Maz herself on piano and Bethany Porter on ‘cello. 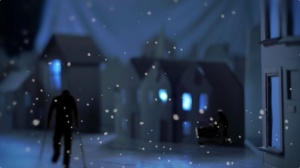 The song is taken from Maz’s album This Willowed Light which was released on Wild Sound in July 2014 to rave reviews.

The Observer gave This Willowed Light **** and dubbed it “folk album of the year thus far”, praising the record’s “perfect blend of youthfulness and gravitas”.

Maz and Jim filmed the video for London Lights at the home of British folk, Cecil Sharp House in London, with help from the EFDSS team who have provided such support to Maz during her creative residency.

Continuing a tradition set by her collaboration with Marry Waterson on the first video ‘Awake Awake’, this video includes atmospheric sections filmed using a tiny theatre set of London, specially constructed for the film.