Born in London, raised in South Africa, five years in New York, and now a return to her birthplace, Nicky Schrire has taken the long way round to becoming a singer songwriter. 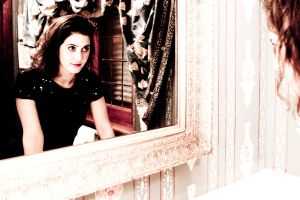 But her journey isn’t just told in maps — she’s arrived at her indie-folk sound from an adventure through musical genres. Her mother was a classicist while her father was a folk guitar autodidact who played London’s scene in the 70’s and 80’s; his contribution to her influences ran the gamut from James Taylor and Labi Siffre to Randy Newman and Blood, Sweat and Tears. Yet with all that exposure, Schrire’s first love was jazz. 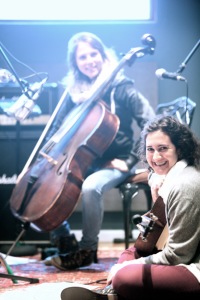 She started learning saxophone at 11 and moved on from classical piano/saxophone studies to concentrate on jazz voice at the University of Cape Town. After graduating, she moved to New York to earn her masters degree at the Manhattan School of Music. After two jazz LPs and tours in North America, South Africa, the UK and Ireland as a jazz musician, she realised her creative focus was shifting towards songwriting and the narrative folk tradition, rather than compositions overflowing with jazz complexities.

Encouraged after her 2014 EP “To The Spring” elicited comparisons to Joni Mitchell, Joan Baez, Tori Amos and Mia Doi Todd, she bought herself a guitar, left New York, and spent two months in Cape Town teaching herself how to play.  She focused on weaving the experiences of her recent transitions into songs. The result was a feeling of liberation from the density of jazz’s harmonies and structure, and a sense of clarity in being able to focus purely on lyrics and melody. 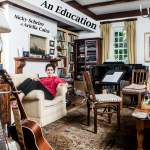 Her latest EP ‘An Education’ will be out on Wild Sound soon in  2015.
“a remarkable talent… Her voice is a bell, a curve of pliant sound, a personality, a vessel for great songs.”
– Will Layman, PopMatters (USA), 2014

“Schrire deftly tows that line between pop music catchiness and vocal jazz complexity for a set of tunes of a simmering beauty”
– Dave Sumner, Bird Is The Worm (USA), 2014