Wild Sound was founded in 2012 by recording artist Polly Paulusma as a vehicle for releasing her own acoustic folk recordings after leaving One Little Indian in 2008.  Paulusma came to the forefront of the British acoustic folk music scene with her release “Scissors In My Pocket” (2004) and has since released two more critically-acclaimed albums and a feature film soundtrack. She has toured with Bob Dylan and her music has featured in films and advertising campaigns. 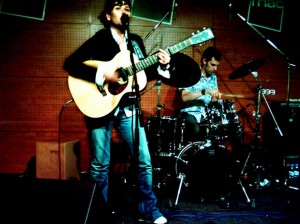 This year she is thrilled to announce that Wild Sound is growing, and new artists will be signing in the next few weeks. The label’s main aim is to provide a platform for uniquely British acoustic folk roots music via digital distribution and licensing to TV, film, advertising and gaming syncs. Artists joining the Wild Sound stable will deliver incredible songs as standard; what makes Wild Sound different is that artists will also deliver instrumental music in a bid to grow an outstanding treasure-trove of library tracks ready for sync usage.

And the name? “Wild sound”, sometimes also called “wild track”, is the recording a sound engineer makes of air moving in an environment to be used in a mix.  It is intended to capture the unique sound a place makes just by being. These are the songs that capture the sounds of life.