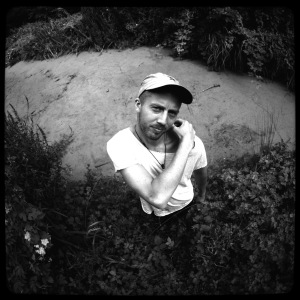 Matthew the Oxx is Matthew Oldfield, folk singer from Stroud in the Cotswolds.

Born into a musical family (father Terry Oldfield, uncle Mike Oldfield) it was inevitable he would get the music gene. After childhood clarinet, violin, piano and singing lessons he started composing young – and with access to his father’s loft studio, it was as instinctive for him to record music as it was for him to write it.

Oxx’s fate was sealed the day he heard Bob Dylan sing ‘Shelter From the Storm’ – ‘I froze, breathless, I knew the storm”. From then on, he committed himself to writing folk songs and playing guitar. As his exposure to artists like Bert Jansch, Ewan MacColl and Richard Thompson grew, so his skills and enthusiasm blossomed. At the same time he was reading the Romantic poets; he cites Wordsworth, Keats and Coleridge amongst his major influences. Poetry and literature continues to influence him; his distinctive singing style is always focused on the lyric. 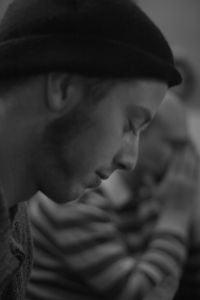 Prolific, pro-active and patient, Oxx has slowly carved out a reputation as a songwriter’s songwriter. Songs he has penned now run into the thousands and so far he has recorded over twelve albums’ worth of material; there are no signs of this abating. And, like every good troubadour, he has the wanderlust. He only recently came back to the UK after five years away: from yoga in Bali to motorbikes in Vietnam and tree-planting in Australia, Oxx is in his element on the road, living wild and free.

Now he releases a new LP ‘First Aid For The Drowning’ on 11 May 2015. This new album, produced by the venerable Tim Bidwell of Clockwork Owl Studios, delivers Oxx’s particular trademark honesty and dart-like observations sugared in a distinctive brand of stunning indie-folk. And it’s only the tip of the oxx.