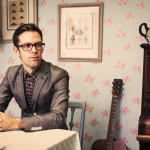 Stylusboy has performed all over the UK including sell-out shows at The Green Note in London and Warwick Arts Centre in his home city of Coventry.  He has supported Newton Faulkner, Nizlopi, Lucy Ward, Paper Aeroplanes and Danny & the Champions of the World. As befitting a modern day troubadour, he’s also performed one-to-one shows in Emily Barker’s Folk in a Box, regularly plays online gigs to audiences all around the world and has played numerous house shows. Stylusboy has performed his intimate folk music at festivals such as Warwick Folk Festival, the BBC Introducing Stage at Wychwood Festival and Greenbelt Festival. The lead track from his Whole Picture EP became a number 1 in Indonesia with EP later becoming ‘EP of the Year’ on music blog ‘This is a Popscene’.

In March 2013 Stylusboy signed to Wild Sound Recordings, the label founded by renowned songstress Polly Paulusma. Since then Wild Sound has released “Lantern EP” and Stylusboy’s debut album “Hospitality for Hope”, co-produced by Paulusma and featuring the double bass talent of Nizlopi’s John Parker and the vocals of close collaborator Rachel Grisedale.  The album received acclaim and support from the likes of Acoustic Magazine, R2 Magazine, For Folks Sake, God is in the TV as well as praise from BBC Introducing, 6Music, XFM and Amazing Radio. 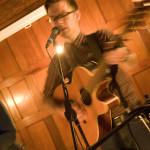 Stylusboy is currently writing his next collection of songs and performing his special acoustic folkish songs at intimate shows around the UK.

Amazing Radio – “His songs will sooth your soul”

Tom Robinson, BBC 6Music – “A leading light among today’s new generation of DIY digital troubadours, Stylusboy’s music reflects his open, yet fiercely independent nature. Whether playing solo house concerts or theatre shows with a full band, everything he do is connected, committed and community-oriented. This is a songwriter whose developing career I’ve been keenly following, and which many musicians twice their age would do well to emulate.” – Tom Robinson, BBC 6Music

Mixtape Couture: “This album is truly stunning and a wonderful listen. From the quieter moments to the upbeat, pop fuelled folk they have created 10 very different and excellent songs and it shows a truly promising career for Stylusboy.”

Fortitude Magazine: “Think mellow, think folk, and now take a minute to imagine all that garnished with wonderful harmonies and well-written lyrics”

Right Chord Music: “definitely one to watch, successfully developing their style in a genre that’s enjoying great popularity at the moment and is reminiscent of the soundtrack to Once.”

Fatea: “It’s when you listen properly, you realise how deceptively simple the album sounds, the quality of the performance that has made the album seem effortless.”

Little Indie Blogs: “An optimism rarely exhibited in folk music, and that, despite its pop sensibilities, is precisely what ‘Hospitality for Hope’ boils down to, a contemporary folk album that’s not afraid to smile.”